In order to make navX-MXP more easily available to Canadian teams at a lower cost, Kauai Labs is happy to announce that Studica will be distributing navX-MXP starting immediately.

If you’re a Candian FRC team, we encourage you to visit and purchase navX-MXP from the Studica Canadian online website. 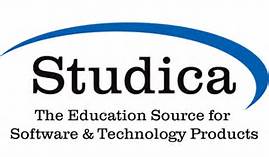 As of May, 2016, navX-MXP is aboard over 700 FIRST FRC robots, and 100 FTC robots.  Kauai Labs is dedicated to continually increasing the functionality of the navX-MXP and navX-Micro, and has been listening to our customers requests for additional functionality.  In response, Kauai Labs has released the third-generation firmware, version 3.0 and associated libraries which support several key new features:

navX-Micro features a 32-bit ARM processor, the Invensense MPU-9250 sensor system-on-chip, and software algorithms which  include enhanced sensor calibration, data fusion combining gyro, accelerometer and magnetometer data into a “9-axis heading”, and high-quality magnetometer calibration including magnetic disturbance detection. In addition to being an Inertial Measurement Unit, navX-Micro capabilities are referred to within the aerospace industry as an “Attitude/Heading Reference System” (AHRS). Kauailabs brings this high-tech AHRS capability to FIRST FTC and FRC teams – to use, learn and explore. navX-Micro is a key component of Kauailabs’ ongoing efforts to make state-of-the-art navigation technologies used in drones and autonomous vehicles (e.g., the Google Car) available to robotics students and enthusiasts as low-cost, open-source products.

navX-Micro is available for purchase online now for $79.   The navX-Micro FTC library is also compatible with the navX-MXP sensor for those teams wishing to get started immediately.

Open Source schematics, firmware source code, FTC library source code and example code is available online.  For those desiring an enclosure, a 3D-printable enclosure is also available for those wishing to create their own, or can be purchased separately online.

KauaiLabs has created a periodic newsletter to alert our customers and visitors to new KauaiLabs product announcements. Please take a moment to sign up and we’ll include you on future mailings.

In late 2013, Kauailabs released the nav6 Open Source Inertial Measurement Unit, providing high-accuracy measures of pose (yaw/pitch/roll), with minimal yaw drift of ~1 degree per minute – performance far exceeding the analog gyro included in the FRC Kit of Parts. nav6 was used by several teams at the 2014 FIRST Championships for features including field-oriented drive.

Second, navX MXP features a 32-bit ARM processor, the new Invensense MPU-9250 sensor system-on-chip, and software algorithms which take nav6 technology to the next level, including enhanced sensor calibration and algorithms which fuse gyro, accelerometer and magnetometer data into a “9-axis heading”. The “9-axis heading” is enabled by magnetometer calibration tools (available online at no cost) and magnetometer disturbance detection and data fusion algorithms. This capability is known within the aerospace industry as an “Attitude/Heading Reference System” (AHRS). Kauailabs brings this high-tech AHRS capability to FIRST FRC teams – to use, learn and explore. navX MXP is a key component of Kauailabs’ ongoing efforts to make state-of-the-art navigation technologies used in autonomous vehicles (e.g., the Google Car) available to robotics students and enthusiasts as low-cost, open-source products.

navX MXP will be available for puchase online a few days after the 2015 FIRST FRC build season kickoff at AndyMark and Kauailabs. MSRP is $99.

The new LIDAR Lite sensor now available at Garmin offers high-performance distance sensing at a fraction of the cost of comparable sensors.

Lidar Lite has a range of up to 40 meters, and features a low-cost implementation of time-of-flight algorithms used in expensive LIDAR systems  like those used with the Google Car. The LIDAR-Lite uses an I2C communications interface, which allows multiple modules to be connected as slaves to a common communications bus, and draws only 100 milliamps of power.

Kauai Labs has ordered one of these units and will be developing a prototype 2D scanner which can measure 360 degrees of distance and SNR, designed for use in FIRST robotics to enable localization. Stay tuned for more developments, we’ll be posting details as they emerge.

As part of the development of the nav6 IMU firmware, Kauai Labs has ported the officially-released Invensense Motion Driver v. 5.1 – enabling its use in Arduino and Maple platforms.

Prior to the release of this library, Arduino developers wishing to access the Digital  Motion Processor (DMP) functionality of the Invensense MPU-6050/MPU-9150 sensor could not use an officially-released version of software; instead, a reverse-engineered library released by Jeff Rowberg (developed with help from Noah Zerkin) at www.i2cdevlib.com was used.  While the i2cdevlib library was excellent, it had not kept up with more recent releases by Invensense.

This low-cost circuit board enables a 4-wheel omni-directional drive robot to be driven in “field-oriented” drive mode by accurately measuring the robots “pose” – the amount of tip, tilt and rotation – relative to the field.  Additionally, the nav6 can be used to implement robot balancing algorithms.

The nav6 employs the Invensense MPU-6050 IC which includes a 3-axis accelerometer and a 3-axis gyroscope and an on-chip digital motion processor.  The nav6 also includes a Honeywell HMC5883L 3-axis magnetometer.

The nav6 is also Arduino-compatible, and can be programmed by anyone via the free Arduino Integrated Development Environment (IDE).

Additionally, software to easily integrate the nav6 into the FIRST robotics control system is available.

Given the popularity of the Arduino among the “maker” community, a large body of software and literally 100s of “shields” which allow extension of the board’s basic functionality  by adding different components have been developed.

Yet the Arduino’s underlying 8-bit processor running at 16Mhz, coupled with small amounts of FLASH memory and RAM often limits the projects that can be accomplished.  This limitation has been mitigated to some degree by this year’s release of the Arduino Due, which moves the platform to a 32-bit processor running at 84 Mhz with 96Kbytes of RAM and 512Kbytes of FLASH.

However last year saw the release of a much more powerful solution at a cost similar to the Arduino Due:  the Netduino Plus 2, which features the STM32 F4 microcontroller.  The F4, running at 168Mhz, has twice the speed of the Due’s processor, has double the RAM at 192Kbytes and double the FLASH at 1024 Kbytes.  And that’s not all – the Netduino Plus 2 32-bit ARM processor also provides a Floating Point Unit (FPU) and DSP instructions that enable advanced signal processing.  And last but not least, the Netuino Plus 2 has an ethernet interface for connecting directly to the internet.

Seeing this condition, Kauai Labs decided to provide Arduino API and C/C++ language development on the Netduino Plus 2, and has developed the free, open-source software library named “libmaple-f405”.  This work is based upon the Leaf Labs “maple” library.

This library is now available for anyone interested; we hope you enjoy it.

Kauai Labs will again be presenting the “Inventing with Software and Electronics” class from June 15 – July 20, 2012 to be hosted at the Island School campus behind the Kauai Community College (KCC).

This class is open from ages 10 to 100 and is a great opportunity to gain hands-on  experience with the invention process – by designing and building fun projects using custom electronics and software.  This year, we’ll using the “Sparkfun Inventor’s Kit for Arduino” to learn and create with.

We are now accepting sign-up for this class, and hope you’ll join us!  You can register in person at the Island School office; registration closes June 1.