How does one implement motion detection using navX-Sensor technology?
Detecting motion/no-motion can be simply detected by determining if a body’s linear acceleration exceeds a small threshold.

The navX-MXP AutoBalance LabView example shows how to make small modifications to the LabView “FRC RoboRIO Robot Project” using the “Mecanum Robot” configuration to detect when your robot is moving. 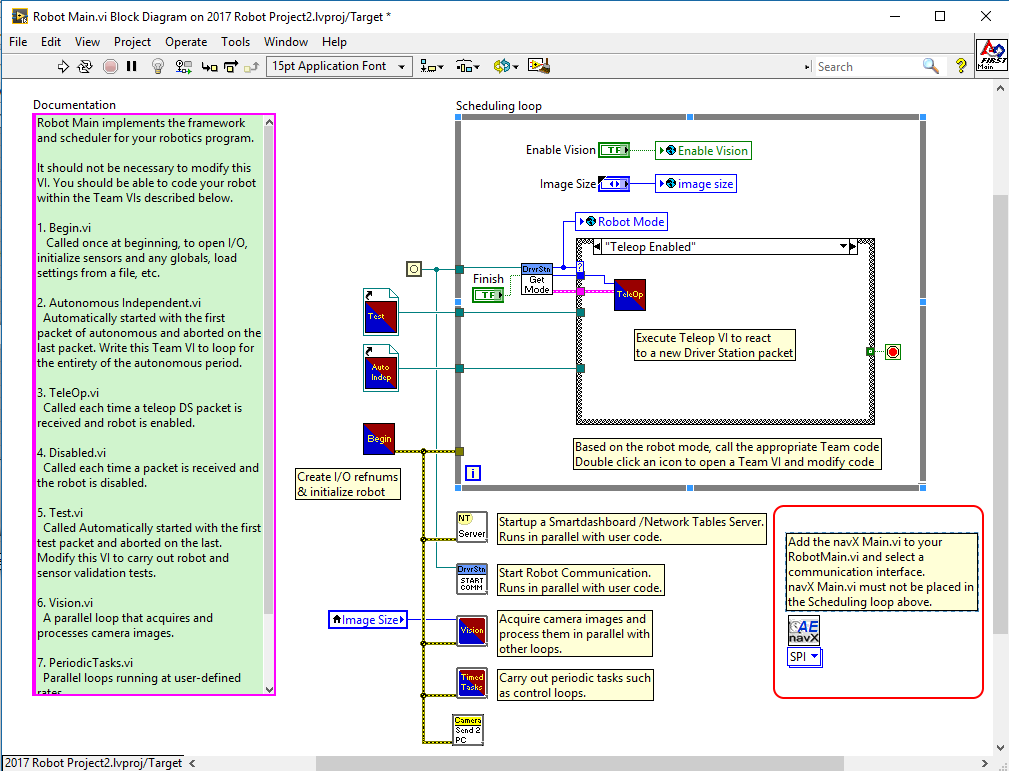 The Teleop.vi is modified to detect when the robot has motion. 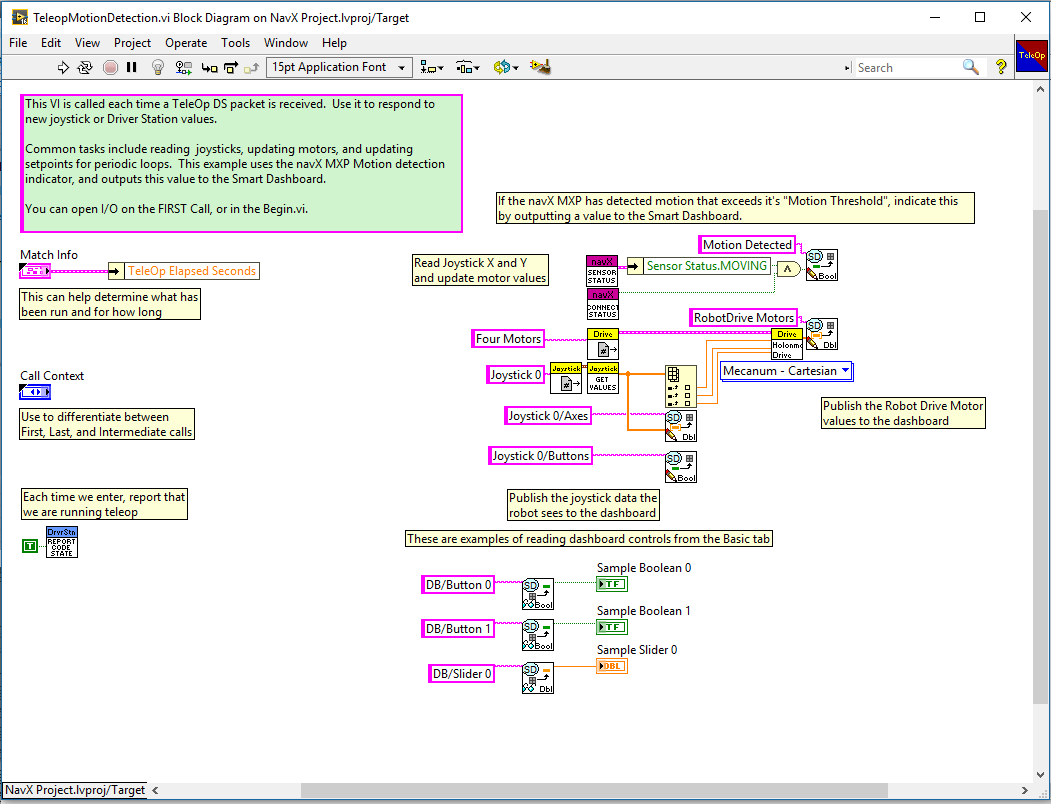